Which factors shall you consider for the installation of photovoltaic panels?

The installation of the photovoltaic modules must take into account some factors to take full advantage of solar radiation: the orientation, the inclination, the latitude of the place, the climatic conditions, and the effect of shadows between the PV panels.
The correct consideration of these variants will help ensure that they produce maximum energy by being exposed to the greatest intensity of solar radiation for the longest period of time. 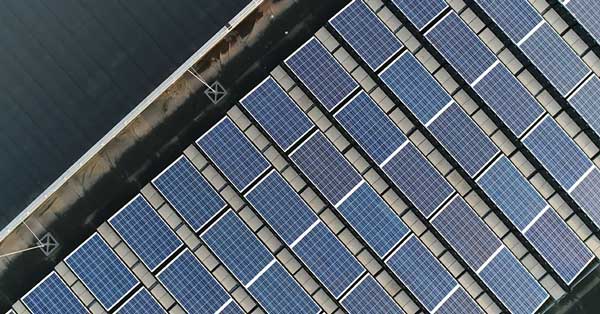 For the calculation of the energy production of a photovoltaic installation, it is essential to know the solar irradiation in the plane corresponding to the installation and the solar path in the place at the different times of the year. The situation of the sun at any time is determined by the height and azimuth of the sun.

The performance of photovoltaic panels is influenced by their orientation and tilt (inclination), which affects the amount of producible energy.

Depending on the inclination, solar energy will be maximum when the position of the plate is perpendicular to the irradiation.

The orientation of the photovoltaic module is the angle of deviation from the geographical south of a surface or north in the southern hemisphere. Maximum deviations of +/- 20 degrees are permissible. In the northern hemisphere, the general rule for the placement of solar panels is that they must be oriented towards the true south (and in the south, the true north) so that they can receive as much as possible direct radiation throughout the day.

The solar azimuth is the angle formed by the solar meridian and the meridian of the place (South in the Northern Hemisphere and North in the Southern Hemisphere). This angle is zero at solar noon, negative in the morning and positive in the afternoon. The orientation of the panels may be indicated with the Azimuth angle (γ) of deviation with respect to the optimum direction to the south (in the northern hemisphere) or to the north (in the southern hemisphere).

The climatic condition and geographical location of the PV modules play an important role in choosing the right tilt angle for high energy production.

Solar radiation on a surface perpendicular to the direction of the propagation of solar radiation is always greater than if we place the same surface in any other position. The inclination takes into account the position of the sun during the year, so its optimal position may vary over time.Therefore, for the installation of fixed modules, an inclination value is usually chosen for the maximum average power received annually.

For maximum conversion of light into solar electricity, solar panels must be mounted at an angle to point directly at the sun. On trackers and depending on how the panel is mounted, it can be kept at a permanent angle or adjusted throughout the year to maximize solar energy from the sun.

Latitude of the office

Latitude is defined as the distance from a point on the Earth’s surface to equator. Through the Google Earth tool it is possible to obtain the latitude measurement. You can use the menu search to find the name of the location on the map. In this way, the latitude value will be found.

How archelios™ can help in optimizing the tilt or the orientation?

archelios™ Pro is a powerful, innovative and easy-to-use software for feasibility and bankability study, simulation and 3D design of any photovoltaic project. Thanks to its export function, it is possible to integrate the PV project into archelios™ Calc and work on the sizing and calculation of the cable. Besides, it is possible to export your project to AutoCAD (.DXF) for the layout and MS Excel (.CSV) for the plant description and simulation results.

The software has several features:

– A geolocated 3D model that simulates the environment
– A precise definition of albedo on implantation surfaces.
– Automatic calculation of the profile of distant obstacles to avoid shades
– Definition of monthly production with hourly profiles
– East-west design: modules can be easily duplicated without the need to manually correct the orientation
– Extensive database of photovoltaic elements (modules, inverters, batteries).