Spark, a Chinese manufacturer of lathes, renowned world-wide for its large lathes, now generates curiosity for its integrated electrical design via elecworks™.

Located in northwestern China, Spark manufactures standard CNC lathes that can operate on axes measuring from 850 to 4000mm and support components weighing up to 63 000kg. The company employs 1,800 people and exports to 44 countries. Equipped with SolidWorks since 2008, the mechanical engineering department has 32 SolidWorks licenses in use, while the electrical engineering department so far had 10 AutoCAD licenses to design control diagrams of their machines. However, in January 2010, impressed by the elecworks™ performance, the electrical team decided to use elecworks to achieve faster design of their automation systems and the installation of their cabinets, all this, in constant collaboration with their mechanical colleagues.

Not only are the 2D – 3D design data updated in real time between elecworks™ and SolidWorks, thanks to the bi-directional link – no more long and complicated export of data between software packages! – But the data will also soon be recovered by a PLM system for component purchase order management.

Twelve elecworks™ licenses are currently being used. The time savings on a new project are estimated at 50%! Thanks to «smart» copy and paste feature for sheets of the project, the automation easily recovers a similar part of a project to re-use on another machine.

Since the establishment of this collaborative Mechanical – Electrical design engineering, Spark has become a model and receives many visitors who insist on high quality and productivity. The installation of cabinets which was previously outsourced is performed today in the 3D add-in elecworks for SolidWorks. Thanks to the routing module, routing is done automatically in control cabinets, made possible by point by point connections in 3D. This feature technique of elecworks™ – unique in the market – saves valuable time for the designer and remains very spectacular. 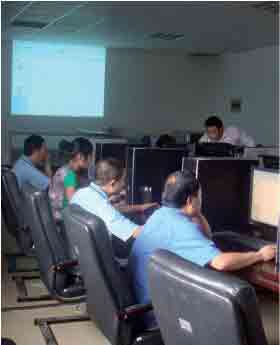 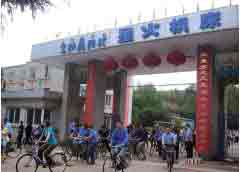