What is solar self-consumption?

A solar self- consumption installation uses the PV electricity generated on-site to meet the energy needs of the consumer while minimizing or excluding the use of electricity from the utility grid. As the energy is generated on site, transmission losses are kept at a minimum. It is an optimal choice for home or industry energy efficiency as it allows significant savings, both at a global level, since by generating energy at the place of consumption, losses in the distribution network are reduced. The consumption will depend on several factors such as the number of electrical appliances used, weather conditions, the power of photovoltaic devices and on the number of households. 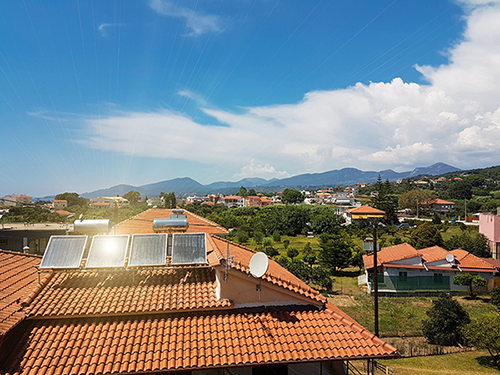 People drive cars, cook meals, use transportation to travel, switch on the light at night, they buy clothes which have been produced in a factory. All these processes consume energy. Traditionally, energy models have been dominated by fossil fuels such as coal, oil, gas and nuclear energy. Unfortunately, these non- renewable sources of energy are not safe and sustainable choices. In fact, apart from being finite on the earth, are also a serious threat to both humans’ health and planet survival.

Non- renewable sources of energy harm the environment for the way they are extracted, processed, used and disposed of. The biggest impact on the planet is the emission of greenhouse gases, in particular, CO2, which is contributing to climate change with its correspondent effects on biodiversity and the ecosystem.

Air pollution is another critical factor. According to this study, it turns that pollution kills 9 Million people every year and Asia and Africa is where the majority of these deaths occur. Apart from these, there are other toxic consequences such as land waste, water pollutions, acid rains, technology fails and waste disposal.

Access to energy is at the heart of the economic development of any country. However, the need to switch to low carbon and renewable source of energy is nowadays not only a conscious choice but the only logical choice for the future. 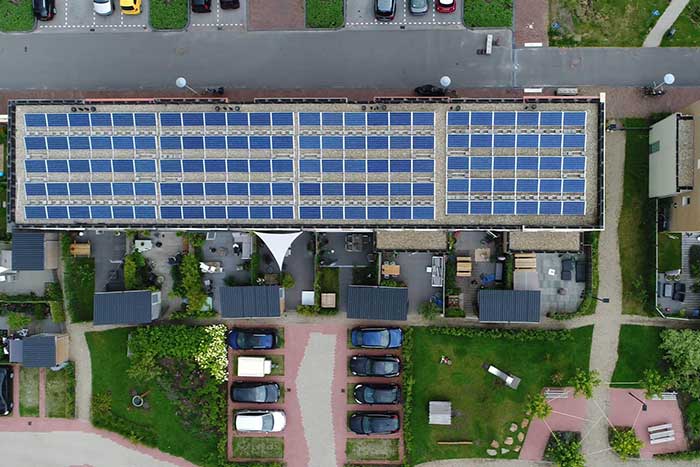 Rooftop PV for self-consumption of electricity

Solar photovoltaic technologies are an efficient solution for reaching the goal to decarbonize the power sector. In fact, fostered by the emerging of clean energy production and consumption paradigms, solar photovoltaic energy deployment has been evolving. To cope with the challenge of climate change, the self-consumption of PV electricity plays an important role as it can help in the transition to a decarbonized energy system, while making use of existing unused surfaces such as roofs and decks.

Rooftop PV deployment has faced several challenges. They can be considered a disruptive technology for three main reasons: it can be distributed at many points in the electrical grid, can be located at the user side of the electricity meter, and produce electricity intermittently only when the sun shines and this last point might lead to the need for load management.

Historically, high costs of PV-generated electricity have been a barrier to its development. But nowadays things are changing. Many consumers already have solar photovoltaic self-consumption systems, and their number stills growing. The main driver is economical. The prices of PV and battery energy storage system are, in fact, more competitive than the past, while installation is relatively simple and quick. EU governments are also working on creating a clear regulatory framework for household self- consumption. Recently, EU member states have reached a consensus regarding the prohibition of discriminatory taxes for self-produced energy for those systems of up to 30 kW capacity.

Even more recently, all the events mentioned above, together with the actions of the different administrative bodies and energy marketing companies in each country, have led to a considerable increase in electricity prices, encouraging users even more to opt for self-consumption as a measure that is not only environmentally sustainable, but also a way of reducing costs, both at residential and industrial level.

Last but not least, the Energy Performance of Buildings Directive (2018/844/EC) and the increasing requirements for net-zero energy buildings is another driver. According to Energy Innovation Europe, it is estimated that approximately 1.5 million new residential buildings are constructed per year, and 2.5 million undergo substantial renovation. The study believes that adding only 10m2 PV to each project would potentially add 5.7GW per year. With commercial buildings even more dynamic and the addition of retrofitting existing buildings the potential for PV to contribute significantly to the Paris Goals and the local economies are clearly viable.

archelios™ Suite , consisting of archelios ™ PRO and archelios ™ CALC, is a complete software solution for the design, calculation, dimensioning and control of photovoltaic installations.

archelios™ PRO , provides the facility to design a photovoltaic installation in 3D through the Sketchup plugin, which will facilitate the study of shadows and the optimised positioning of the installation to maximise its performance. The extensive database of manufacturer references that is constantly updated, together with the possibility of adding consumption profiles with up to a quarter-hour definition and its feasibility study and project profitability calculation, make it a reliable and accurate solution for designing any type of project quickly thanks to its intuitive interface.

archelios™ Calc is a complete software solution for the calculation, sizing, and control of photovoltaic installations connected to the public grid. The latest version of the software comes with the newest features for the PV self-consumption market.

With declining investment costs, solar turns into a competitive source of electricity allowing savings on the electricity bill and energy independence. Furthermore, it is a sustainable choice which helps to foster the transition to a decarbonized society. To optimize the profitability of the solar installation, it is important to take into consideration different factors both in the design and installation phases. Some examples are the variable solar insolation, the roof slope, the solar panel orientation, the shading and the placement of the panels to achieve maximum self-consumption rates.

Attend an e-demo
How is it possible to check thermal stress in an electrical conductor?

What are the different types of short circuit currents?
Scroll to top
X