The solar market is booming at a pace never seen before. We have entered a new era, with record growth figures. According to the latest report by the International Energy Agency (IEA) it is expected that the photovoltaic sector will drive the renewable energy market in the coming years, beating the hydroelectric and wind sector. Solar energy is increasingly in direct competition with fossil fuels. A photovoltaic (PV) deployment of 110 gigawatts (GW) is expected in 2018.

Which are the contributing factors to the industry’s success?

The expansion of renewable energy, such as solar energy, is a key element in improving air quality and the sustainability of the mix of our energy sources. With more attention to alternative and renewable energies, there are many interesting investment opportunities. In 2017, the global investment in renewable energy grew by 2% compared to the previous year, reaching 279.8 billion dollars. It is the solar energy sector that attracts most of the investments with a total of 161 billion dollars in 2016 and a growth rate of 18% in the same year. (UN Environment, Bloomberg New Energy Finance).
“The extraordinary surge in solar investment, around the world, shows how much can be achieved when we commit to growth without harming the environment,” said Head of UN Environment Erik Solheim.

The decline of the price of photovoltaics has certainly played a key role in empowering the global demand. The International Renewable Energy Agency (IRENA) estimates that by 2020 the price of energy production in large solar power plants could fall to around three US cents per kWh in many regions of the world. Photovoltaic becomes therefore accessible and attractive. In 2017, costs continued to fall for solar, in particular. The benchmark levelized cost of electricity for a utility-scale photovoltaic project dropped to $86 per megawatt-hour, down 15% on a year earlier and 72% since 2009. Some of this was due to a fall in capital costs, some to improvements in efficiency according to the Global Trends in Renewable Energy Investment 2018 Report.

The proliferation of solar contracts invites to reflect on the policies of renewable sources. The increased competition has pushed governments to reduce prices, however public incentives are undoubtedly less important than before. The trend is clear, the expansion of the sector will be driven by solar tenders. According to the GTM Research, there are already 53 national markets in which there is currently a call for tenders or an auction program, compared to 32 in the second half of 2016. In addition, there are 29 other national markets where a project has been discussed or planned. Furthermore, power purchase agreements, tenant power, and sector coupling are generating new business models.

Solar photovoltaics are not anymore a thing of the future. Technical advances are undoubtedly a main driver of the solar market development, fueled by the dynamic and competitive PV production. Main actors are driving the mass production with cost-effective technology and efficient manufacturing processes

The archelios™ suite is the state -of- the- art photovoltaic software solution to manage the entirety of a photovoltaic project. It is the unique tool in the market which allows the solar professionals to increase the performance of the project with the utmost precision. From the feasibility study, bankability, 3D design, to the compliance and calculation notes, right up to the operation and maintenance management, archelios™ suite sharpen your competitive position in the booming market of photovoltaics. 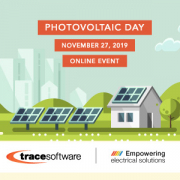 archelios™ Suite 2019: the greatest performance throughout all the phases of the PV project 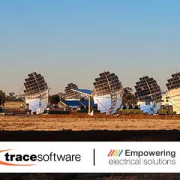 Which are the factors that affect solar panels' efficiency? 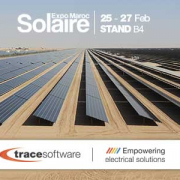 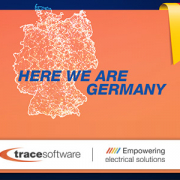 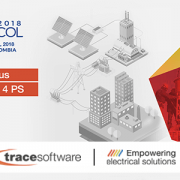