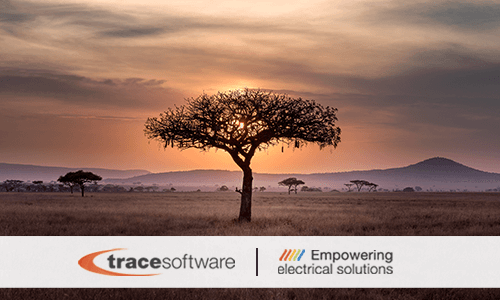 In Africa, the potential for solar energy is immense.  The continent is, in fact, is the brightest in the world. Its 30.37 million km² receive a solar irradiance equal to or greater than 2,000 kWh/ (m2 year).

In the management of the energy resources, increasing the production of solar energy and other forms of renewable energy should be the top priority for policymakers, if they are keen to foster the African power transition towards a more prosperous and sustainable future.  The African economies have been resilient. The growth of the real output has increased by 3.6% in 2017 and will reach 4.1% between 2018 and 2019 (African Economic Outlook 2018). Needless to say, when there is a certain growth in the economy of a country, inevitably there is also a rising demand for energy. And this is what is happening to Africa.  During 2017,  energy consumption increased by 2.9% and according to IRENA, the electricity demand should triple by 2030.

These numbers speak clearly: the levels of industrialization and productivity are improving in Africa. The management of renewable resources is becoming increasingly important as it encourages economic development. So currently, this is a real challenge for the “Continent of the Sun“. Africa is endowed with significant renewable resources of all forms: biomass, geothermal, hydroelectric, solar or wind. This great energetic wealth could change the face of Africa forever.  In fact, the diversification of energy sources increases the power generation capacity; the energetic shift would then resolve two of the Achilles’ heels in the energy landscape: satisfying the rising demand as well as replacing the poor-quality supply networks with reliable and safe energy supply.

600 million Africans still live in the dark and, for approximately 730 million people, the most common form of supply is that of biomass (IEA, 2014).  But the change could be just around the corner. The renewable energy sector recorded an increase of 13% over the last year. Solar energy, instead,  grows at 19%.  McKinsey’s research shows that the capacity for energy production in Africa is 1.2 terawatts in total. Therefore, only solar energy, which Africa has in abundance, can supply around 10 terawatts of new energy.

The African continent is increasingly turning towards the solar photovoltaic (PV) sector to guarantee a safe and sustainable energy source both on and off-grid. In addition, it is a very economical solution with a fairly competitive cost structure. According to Irena Report, solar PV module prices have fallen rapidly since the end of 2009, to between USD 0.52 and USD 0.72/watt in 2015. At the same time, the balance of system costs also has declined. As a result, the global weighted average cost of utility-scale solar PV fell by 62% between 2009 and 2015 and could decline by 57% from 2015 levels by 2025. Globally, new capacity additions of solar PV have increased six-fold from around 8 gigawatts in 2009 to around 47 GW in 2015. Also, the realization time of a photovoltaic project and its implementations are shorter than to others. Solar PV is a highly modular solution, both on-grid and off-grid. It can provide lighting and electricity to a single home off-grid, can be incorporated into mini-grids that can scale from several kilowatts (kW) to many MW, and at utility-scale can achieve higher economies of scale.

The solar photovoltaic technology represents a realistic solution for the 40% of Africans living in rural areas, especially in sub-Saharan areas, and who do not have access to electricity. This specific segment of the population experiences various blackouts and failures of the deployment network and can live without electricity during whole days. The mini-network and off-grid projects do not require connection to a centralized or national transmission and distribution network and are therefore ideal for providing energy to those remote communities away from the existing transmission lines. Solar technologies and, in general, green technologies can promote a more inclusive economic development.

Countries with low electrification rates have lower GDP per capita and are less developed. The basic rationale is that greater access to energy leads to improvements in health care, education, life expectancy, and economic opportunities.

Trace Software International has headquarters in Morocco and operated throughout the African continent thanks to resellers and partners. The company is helping companies to implement a more strategic technologic approach in their processes in order to get the best benefits out of their asset. In the solar industry, archelios™ suite, the photovoltaic software solutions to manage the entirety of a complete solar project, has helped enterprises to make relevant steps towards a greener future for Africa.