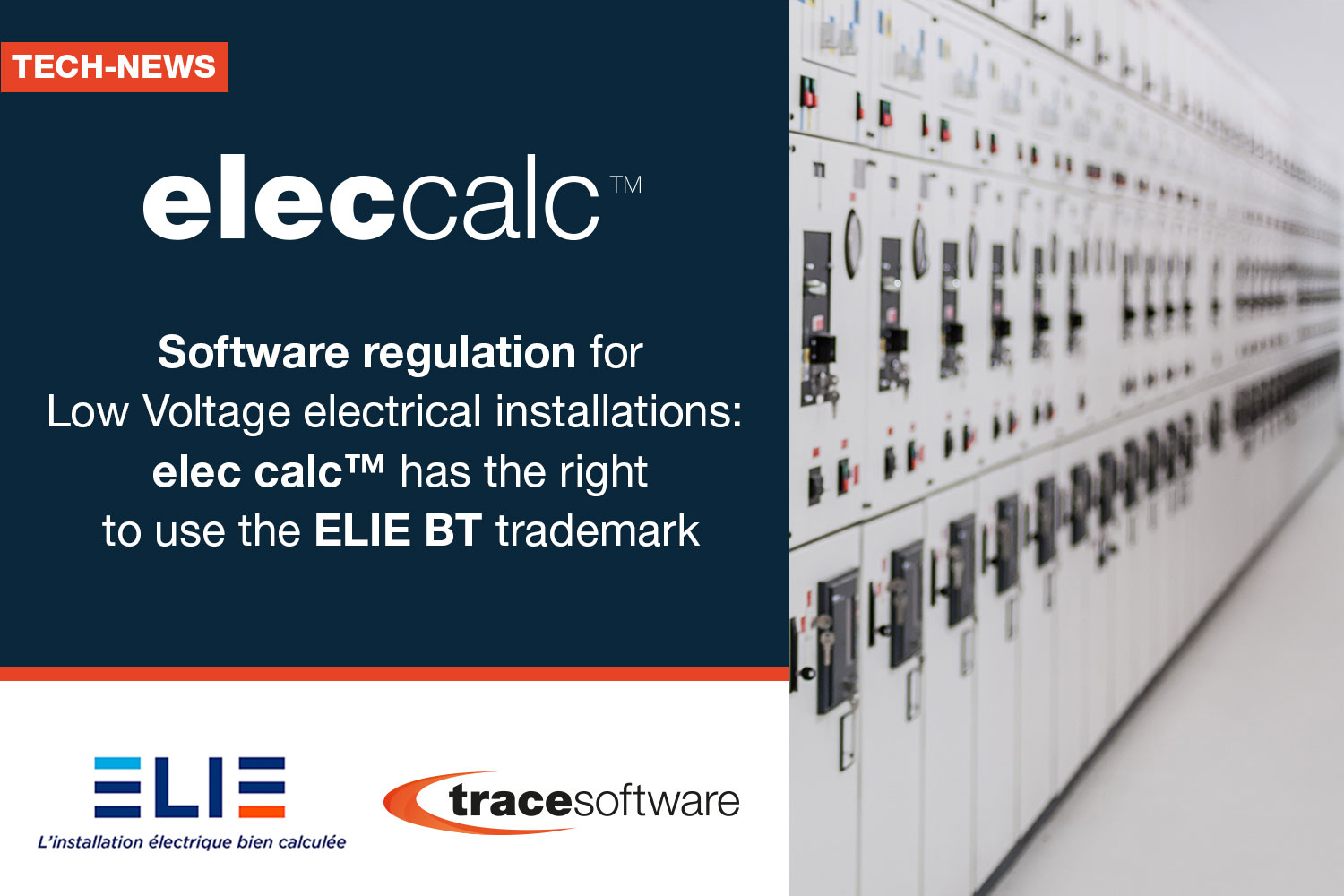 The ELIE BT trademark is the new reference for compliance with the calculation rules of Low Voltage electrical installations.

Created in partnership with the FFIE and the ELIE committee (short for French: Éditeurs de Logiciels dédiés à l’Installation Électrique, English: Software Publishers dedicated to electrical installation), the trademark is intended to promote calculation software that met the requirements of a technical guideline defined by the Gimélec.

One of the goals of ELIE BT is to overcome the issuance cessation of technical opinions by the UTE and to respond to the demands of the ministerial decree of 26 December 2011, which specifies the obligations relating to the verification of calculation reports of electrical installations. 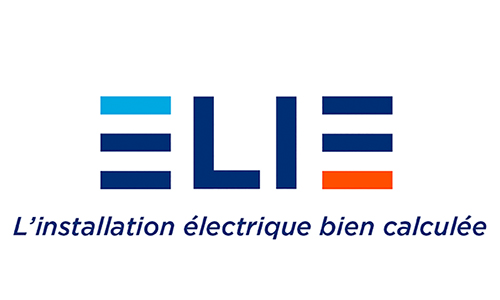 The elec calc™ software, designed to calculate High and Low Voltage electrical installations, is now referenced by ELIE BT and also one of the first software to have obtained the right to use this trademark since its creation in June 2018.

Displaying the ELIE BT trademark clearly states the compliance of elec calc™ with the applicable standards and guidelines, in particular NF C 15-100, and also with the reference calculation rules and formulas. That guarantees the software users a compliant and well-calculated installation.

From the 1990’s, several software solutions for the calculation of Low Voltage electrical installations were developed to facilitate the application of sizing rules for that kind of installations. In order to guarantee its quality, the purpose of the UTE was to assess these software programs on the basis of the practical guide UTE C 15-500, application guide for the reference standard NF C-15 100. This guide was created in 1997 and then updated in 2004 following the update of the standard NF C 15-100 in 2002. The UTE used to deliver technical opinions, also known as “UTE certifications”, which were a guarantee for the software users and inspection bodies. In 2009, the UTE decided to stop delivering this service. After its merger with UTE, AFNOR confirmed this position.

The guide C 15-500, which is part of the calculation reference system, was updated in 2015 so it is harmonized with the EU documents. It came into force on 1st July 2016 and all the technical opinions previously delivered by the UTE became de facto lapsed.

The decree of  December 26, 2011 relating to the initial and periodic inspections of electrical installations refers in the annex 1 to the “software programs which were subject to a procedure for technical opinion”, without this procedure being described or specified.

Faced with this situation and driven by the software publishers and professional organizations whose members use these software, a committee for the trademark was created within the Gimélec. The committee is responsible for determining an assessment method for the software concerned.

This Trademark Committee, named ELIE, registered at the beginning of 2018 a simple collective trademark  (also called ELIE) at the INPI. This trademark is affixed to calculation software dedicated to electrical installations which meet the requirements of the technical reference system defined by the Gimélec, which is based on the standards and normative guidelines in force. A Monitoring Committee composed of software publishers, Gimélec and FFIE (a professional organization representing users) is responsible for considering the requests for authorization to use the trademark and for controlling its use.

Displaying the ELIE BT trademark clearly shows the compliance of the software with the technical reference documents considered by the trademark and therefore the compliance with the calculation rules and formulas from the applicable standards.

All software publishers, whether they are members of the Gimélec or not, can use the trademark. They must have the authorization of the Monitoring Committee after an assessment procedure provided in the Rules of Use and the Trademark Application Guide.