North African nations have been making major progress with energy generation. The region’s demand for power is witnessing rapid growth due to increased activities in the industrial and construction sectors as well as demographic growth. Egypt, Algeria, Tunisia, and Morocco have invested tens of billions of dollars in renewable energy projects. The emerging potential of solar PV is perhaps the most exciting development on the continent from an energy perspective. In fact, North Africa has excellent, widely distributed solar resources. By investing in the power of the sun, these countries could benefit from many factors: technological innovation, incentives, new environmental policies, more sustainable energy mix, increased energy security, creation of business opportunities, cheaper solar technology.

Egypt is one of the fastest- growing population globally. To meet the energy demand, the Egyptian government has pursued an energy diversification strategy, known as the Integrated Sustainable Energy Strategy (ISES) to 2035, to ensure the continuous security and stability of the country’s energy supply. According to an Irena report “Renewable Energy Outlook: Egypt” the country has the potential to reach 44 GW of installed solar PV power by 2030.

One of the most promising projects in PV deployment is Egypt’s 1.8 GW Benban solar complex, in an eastern region of the Sahara Desert. The development of this solar project has posed many challenges., such as grid constraints and logical issues. Just in the month of May, news agency Reuters announced that, in the Benban Pv Park, 16 operational solar plants with a total capacity of 780 MW have been connected, along with three more projects that are expected to bring another 150 MW of capacity online.

Furthermore, in April, The Egyptian Electricity Transmission Company (EETC) has signed an agreement with the International Finance Corporation (IFC) for the development of a 600 MW solar power complex in Egypt’s West Nile province. The tender was launched in December 2017.
Another remarkable project in Egypt is the 150 MW Kuraymat solar power field. Build in 2010, it already supplies nearly 2 million people with power. 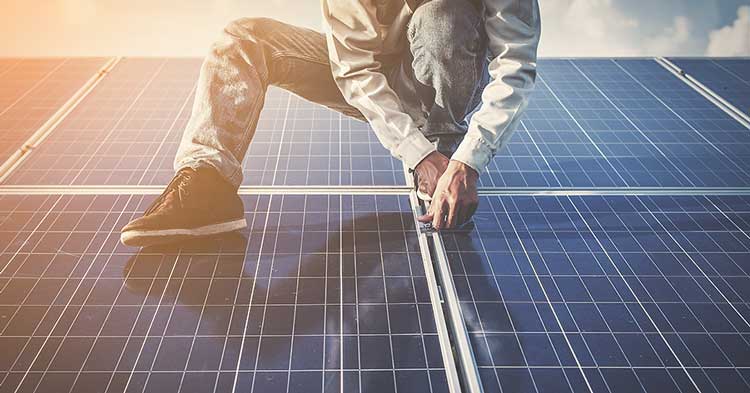 Tunisia is putting efforts in investing in its solar resources to produce PV energy as part of a strategy aiming to deploy around 4.7 GW of clean energy capacity by 2030. With regards to the country’s second 70 MW solar tender, the Tunisian Ministry of Energy, Mines and Renewable Energies selected six projects: Abo Wind AG and Bejulo GmbH of Germany, Spanish Enerland, VSB Energies Nouvelles, China’s ET Solar, and a consortium formed by Aurora, Suneq and Suntrace.

ENI, the Italian multinational oil and gas company, is accelerating the shift to decarbonization by setting up new plants in Tunisia. The ADAM photovoltaic project, situated in the Tataouine governorate, has a peak capacity of 5MW. The energy produced will be used on-site, reducing gas consumption and avoiding around 6.500 tonnes/year of CO2 equivalent emissions. The solar plant is expected to be completed by the end of 2019 and is part of the cooperation agreement with the State Company Entreprise Tunisienne d’Activités Pétrolières (ETAP).

Tunisia is also home of TuNur, which is highlighting the role of North Africa in the development of a sustainable energy system in Europe. The solar power generated is exported from the Sahara desert to Europe by an intercontinental corridor. The $10.7 billion, 2500 megawatts project will use a high-voltage direct current to connect to European grids as far away as the UK.

The Renewable Energy and Energy Efficiency Development Plan launched with its first version in 2011 and updated in 2015, has put greater focus on the deployment of large-scale solar photovoltaic installations. Algeria has a plan to deploy 22 GW of renewable energy power generation capacity by 2030, including 13.6 GW of PV. The strategic choice is motivated by the huge potential in solar energy.

Last year, the Algerian Electricity and Gas Regulation Commission (CREG) issued a tender to deploy the solar potential of the country by the second half of 2019. The solar PV plants will be located in the center and the northern part of Algeria, in the regions of Ghardaïa, Biskra, Ouargla, El Oued, Tendala and Nakhla. The plan aims to build power plants with a combined capacity of 150 MW. All the projects will be developed on a build-own-operate basis (BOO) which means that PV components such as modules, cables, and mounting structures must be sourced locally.

In the same year, the Algerian government also approved another 200 MW of PV tenders open to both domestic and international players. The objective is to build grid connected IPP projects as well as off-grid hybrid gas/diesel and solar projects in the south of the country. 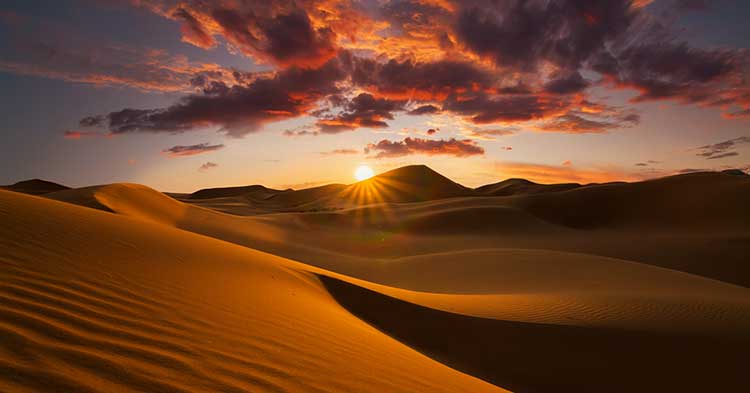 The energy sector is undergoing a noticeable transition phase in Morocco. During 2018, 35% of electricity came from renewable sources. Through its energy strategy, Morocco wants to increase the share of renewables in its installed power generation to 52% by 2030. Endowed by the abundance of solar resources, Morocco offers favorable conditions for implementing ambitious projects.

With regards to solar energy, in 2009, the country launched Morocco’s solar plan: an ambitious project on the path towards a clean, safe and sustainable energy supply system. The plan aims to generate 2,000 megawatts (or 2 gigawatts) of solar power by the year 2020 by building mega-scale solar power projects at five locations: Laayoune (Sahara), Boujdour (Western Sahara), Tarfaya (south of Agadir), Ain Beni Mathar (center) and Ouarzazate.

Recently, according to the PV magazine, Moroccan state-owned utility Office National de l’Electricité has started the pre-qualification process for selection of EPC contractors for the Noor Atlas projects, a 200 MW scheme to deploy seven PV plants in the south and east of the country. German development bank KfW is backing the project.The tender is divided into two lots: one for the construction of five plants – in Ain Beni Mathar, Bouanane, Boudenib, Boulemane (Enjil) and Outat El Haj – all in eastern Morocco; and a second for facilities in Tata and Tan-Tan, in the south.

Access to energy is a strategic priority in all regions of the world. The countries of North Africa have set themselves ambitious strategic objectives and launched large-scale integrated programs which have expected benefits that involve reduction of greenhouse gas emissions, economic diversification, direct and indirect job creation, local industrial development and the improvement of human capital. Renewable energies also offer the opportunity to serve isolated regions remote from the national electricity grid and so improve access to energy for the populations, particularly the poorest.

archelios™ Suite assures the greatest performance along with all the phases of the PV project: feasibility study and 3D design, electrical sizing and compliance, execution and PV monitoring. The software solutions is used to manage the entirety of a wide range of PV projects such as rooftop photovoltaic installations, large solar power plants, grid-connected PV power or self-consumption systems.

The level of detail and the level of development in the BIM environment
Scroll to top
We are using cookies to give you the best experience on our site and to measure our audience. By continuing to use our website without changing the settings, you are agreeing to our use of cookies. Accept - Read More
Privacy & Cookies Policy
X