After the success of first Spain’s edition, Trace Software International  has organized a special event – The Photovoltaic Day – dedicated to the community of solar professionals in Latin America.

The company is pleased to invite you to the online event on the 27th of November. Feel welcome to register here.

* The event will be held in Spanish. 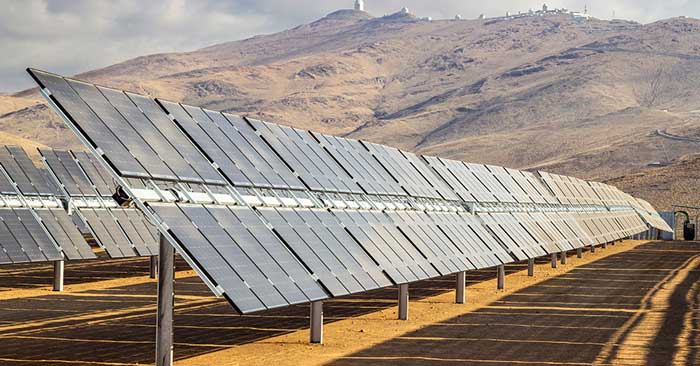 Latin America has extremely favorable conditions for the production of energy through photovoltaic systems. However, a decade back, the renewable energy market was almost non-existent. In 2007, total installations in the region were just 30 MW. But over the years, Latin America has emerged as a force in installing solar capacity. By the end of 2018, IHS Markit estimates that more than 800 MW of distributed generation PV had been installed. Growing demand for electricity, climate change concerns, solar PV technology falling costs, government policies, downstream innovation are some of the factors which are driving the solar power market at an exponential rate.

The Photovoltaic Day organized by Trace Software International is the perfect occasion to learn how to manage efficiently any type of PV solar project from rooftop photovoltaic installations, large solar power plants to grid-connected PV power or self-consumption systems.

The Suite is an analysis software tool that helps decision-makers determine the viability and bankability of potential solar energy projects with the uttermost precision, optimize module layout and estimate yield production, DC and AC electrical sizing, advanced monitoring and maintenance services by using a PV BIM digital model, amongst others.

From being mainly installed off-grid in remote rural areas, distributed generation systems in Latin America started to gain attention from the governments as an alternative and reliable source of energy. According to Maria Chea, a solar analyst at IHS Markit, the change has to be attributed to the El Niño phenomenon and oil prices’ increase. But not only. In fact, according to the PV magazine, countries such as Brazil, Mexico, and the Dominican Republic enacted distributed generation laws as early as 2011 and 2012 to promote growth in the renewable energy segment. Despite this law, growth has been slow due to the initial high costs of solar technology adoption, and only after 2016, this trend changed mainly because modules and other system components prices dropped.

By the end of 2018, IHS Markit estimates that more than 800 MW of distributed generation PV had been installed in Latin America. 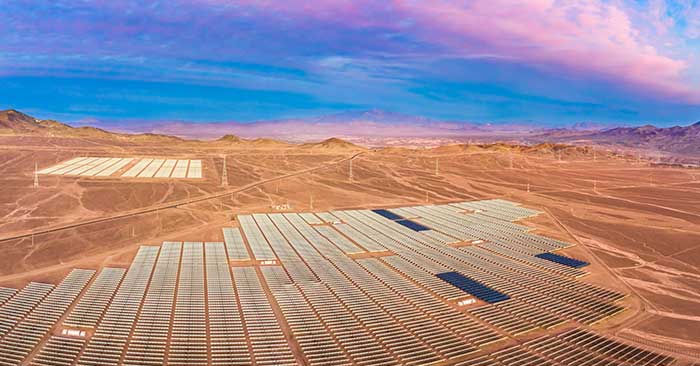 Persistently low reserve-to-production ratios in oil and gas, together with advancing climate change, have been decisive for the green transformation of Colombia. The country is increasingly turning to solar, to diversify its electricity mix, which has been mainly dependent on hydropower.

In the ZNI (Not interconnected zone), total generation capacity in 2015 was estimated to be 165 MW, accounting for 1% of the overall installed capacity of PV in Colombia. The involvement by the Institute for Planning and Promotion of Energy Solutions in Non-Interconnected Zones (IPSE) has contributed to raising the installed capacity of PV in off-grid areas to almost 2.5 MW. Still, solar PV plays a minor role in both grid and off-grid areas in Colombia.

The first steps to integrate utility-size PV are being taken. The Yumbo solar park, with around 10 MWp, was put into operation in 2017 in the region of Valle del Cauca. More recently, an 86 MW solar park was inaugurated.

Regarding the current structure of the solar energy market in Colombia, it is characterized by a variety of small companies and startups which have started to offer their services over the past few years, competing with larger companies such as EPM, Celsia or ENEL. Even though not much data on the market is available, the information gathered from expert interviews allows concluding that at least the utility-size market is concentrated in few players. While this is not negative per se, the past years of solar industry development show that competition has been a key factor for cost reductions in both PV production and installation in other countries.

Please keep on reading the full report on the Colombian PV market here.

The country’s energy sector has received much attention since the government announced it will organize its first large-scale renewable energy auction in January 2019. As stated by PV magazine, Chinese manufacturer Trina was the bidder behind all three successful solar projects in the auction.

“2018 was a year of success and sustained growth for the Mexican solar sector. In fact, “Only in solar power plants, the growth was greater than 1,800% of installed capacity compared to 2017.” said Asolmex president Héctor Olea. But the solar revolution did not stop in 2018. The Mexican Association of Solar Energy said that the sector grew 32%, going from 3,075 MW in December 2018 to 4,057 MW in June 2019.

The Mexican Department of Energy said it expected 5.4 GW of cumulative PV capacity would be reached by the end of this year. According to a Mordor Intelligence Report, the PV market in Mexico is expected to grow at a CAGR of approximately 8.90% during the forecast period of 2020 – 2025. The increasing solar PV installations are attributed to the energy auctions held in 2015, 2016, and 2017.

Even though the fourth long-term energy auction had been canceled due to the delays caused by mainly the environmental permitting and the community consultations, auctions have played a major role in large-scale implementation. Besides, it is expected that the Corporate PPAs will compensate for the cancellation of the auction only to a limited extent. 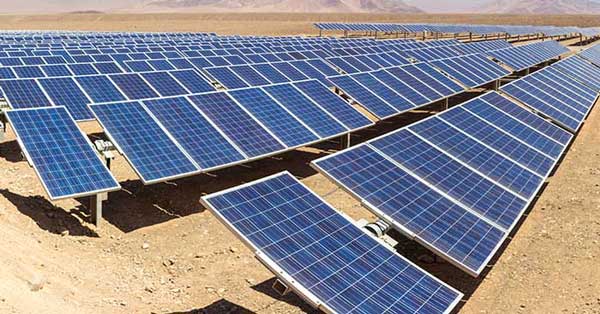 Brazil, Latin America’s second-largest solar market after Mexico, is tapping into the solar energy market to get more power.

There have been some socio-economic factors that brought more enthusiasm in solar investment: failing hydroelectric system, pressure on the price of electricity and the experience of the worst drought in history.

Brazil now is counting with 2,056 MW of operational installed capacity from large-scale PV and more than 500 MW of installed distributed generation. According to the Brazilian industry association ABSOLAR, utility-scale solar currently accounts for around 1.2% of the country’s total generating capacity. Brasil started its solar revolution very quietly with only 48 MW of distributed PV installed back in 2016, but in only two years the country made great strides as of the third quarter of 2018, it had installed 200 MW, a 300% change from two years earlier.

On 30 December 2015, the President of Chile Michelle Bachelet, signed the Supreme Decree approving Chile’s new long-term energy strategy ‘Energy 2050’. The new policy sets a goal of generating 70% of national electricity generation from renewable sources by 2050. After the approval of the Distributed Generation Law (N 20.571) in 2015, the PV market in Chile is making its ascent. Chile reached 5,240 MW of net installed non-conventional renewable energy (NCRE) capacity in August, an increase from 5,049 MW recorded the previous month, according to the latest report by the Chilean national energy commission (CNE).

It is worth to remark that during October, Reden Investments Chile and Natixis have successfully closed senior facilities totaling US$96.4 million for an up-to-100MW portfolio of PV projects in Chile. The future of solar in Chile looks bright. 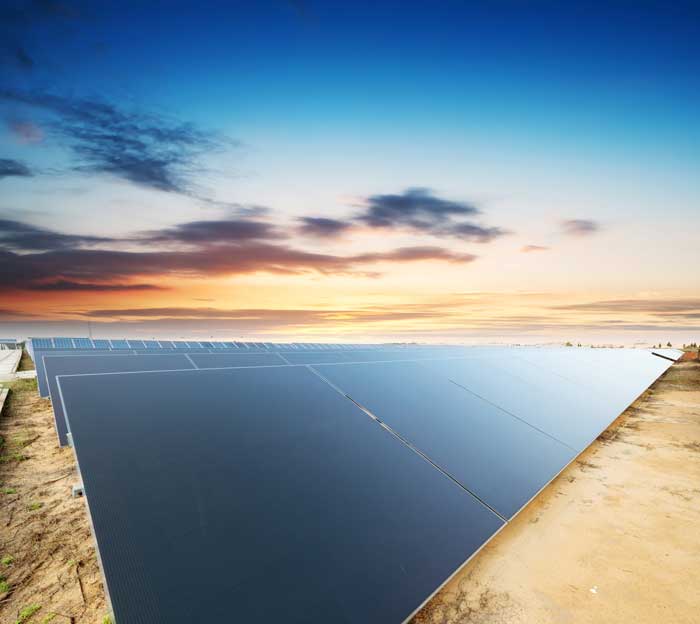 The Dominican Republic is playing a relevant role in the Latin America PV market. A big contributor to the solar power expansion has been the net metering legislation, which was developed for residential wind or solar installations smaller than 25KW and commercial utilities under 1MW. It was estimated that by mid-2014 about 10 MW of PV installations were in operation, including a 500-kW system at the Union Médica hospital in Santiago.

In March 2016, Phase I (34 MWAC) of a 67 MWAC solar plant was inaugurated in the Monte Plata province. At the end of 2017, it was estimated that about 110 MW were installed. In July the so far largest solar photovoltaic power plant with 58 MWAC (73 MWDC) in Guayubín, Montecristi was connected to the grid [Fss 2018]. Two additional projects in Mata de Palma, San Antonio de Guerra (50 MWAC) and the Canoa Solar project with 25 MWAC, in Barahona, are under construction and should be connected to the grid before the end of 2018. (Ac Europa Report). Dominican President Danilo Medina’s will is to promote investments in renewable energies and switch the energy mix to 85% renewable by 2035.

However, there are still some entry barriers such as the cost of financing: bank’s interest rates range from 13% and 20%, people prefer not to take financial risks in historically volatile markets, especially when it is a nascent industry segment.

Bureaucracy hurdles also represent a deterrent to the full deployment of solar energy. According to the same source, Chile PV systems may take up to five months to connect or In Mexico, a standoff between the national utility and the regulating commission stalled net metering for more than a year.

Electrical installations in critical facilities
Scroll to top
We are using cookies to give you the best experience on our site and to measure our audience. By continuing to use our website without changing the settings, you are agreeing to our use of cookies. Accept - Read More
Privacy & Cookies Policy
X