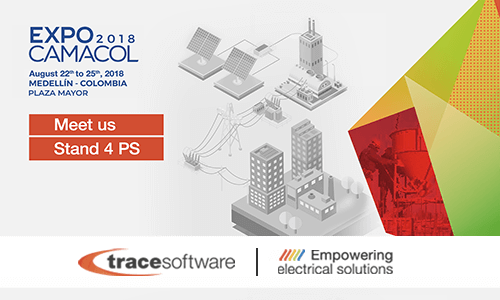 In its next edition, the Colombian Chamber of Construction (Camacol) will try to overcome what has been achieved in the previous years of  ExpoCAMACOL, its biennial exhibition.
Trace Software International, the leading company in the design of electrical engineering solutions since 1987, confirms its assistance in the event. ExpoCAMACOL will take place from August 22nd to 25th in Medellín, Colombia, at the Plaza Mayor Exhibition and Convention Center.
Every two years, the largest trade show for the construction industry in Latin America, brings together the entrepreneurs and the professionals to strengthen relationships, do business, exchange opinions and create synergies. ExpoCAMACOL is a gateway to opportunities. The figures of the last edition were in fact very positive: 450 exhibitors from 21 countries and 58,506 international visitors during the four days of the event. This year, the fair is expected to generate 250 M of US dollars in terms of business value.
Trace Software International will showcase two state-of-the-art software solutions for the construction industry. These tools ensure an important enhancement of the performance in terms of time, quality and productivity.

It is the first software in the world that perfectly integrates the electrical calculation in the BIM process. With elec calc™ BIM, the user can design, calculate and size the electrical installation in the digital model in IFC 4 format, generated by any 3D architecture software (Revit, ArchiCAD, SketchUp …).
For REVIT users, the elec calc™ BIM plug-in optimizes collaboration between the two programs. The compatibility with the electrical objects available on the BIM&CO platform is also an important resource for integrating and calculating the products of the manufacturers.

“With the arrival of BIM, we have for the first time in almost thirty years, an exceptional opportunity to make a profound change in the way we conceive our electrical design software.” With elec calc™ BIM, the user has at his disposal a digital model, capable of simulating most of the installation parameters. This means saving hundreds of hours of work and obtaining a more rigorous design and an immense economic advantage “, says Etienne Mullie, Trace Software International R&D Manager.

The future of solar power looks increasingly bright. The archelios™ suite is the cutting-edge photovoltaic software solution to manage the entirety of a photovoltaic project. It is the unique tool in the market which allows the solar professionals to increase the performance of the project with the utmost precision. From the feasibility study, bankability, 3D design, to the compliance and calculation notes, right up to the operation and maintenance management, archelios™ suite sharpen your competitive position in the booming market of photovoltaics.
The President of ExpoCAMACOL, Sandra Forero Ramírez, affirms that last year the Colombian construction industry experienced a slow recovery. She is also optimistic about the future: “We hope to start the year with the construction of 150,000 housing units, which means an approximate increase of 4.6%“.
The company will also hold two different conferences. “PV solar panel installation” will take place at the Comisiones 1 area on the 23rd of August at 3:00 PM. The second conference “elec calc™ BIM- the software that integrates the electrical project into the BIM process” will happen on the 24th of August at 3:00 P.M in the same place,
Trace Software experts will be happy to welcome you to the booth 4 PS of the ExpoCamacol during the four days of the event.

Alternatively, it is possible to request a free trial of the software solutions. 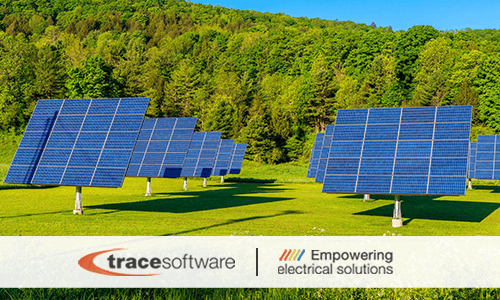 In accordance with the Declaration of Paris during the International Solar Alliance of the 30th  November 2015, the Prime Minister of India, Narendra Modi, takes over the reins of the energy revolution in the country. The ambitious goal is to achieve the production of 100 GW of solar energy by 2022, out of a total of 175 GW that the country plans to produce from renewable sources.

The data speak clearly. The Indian market is not only flourishing. India is competing to become a leader in the solar market and overcome China and the US. There is no doubt for the head of the Indian government. The main aim is to make solar energy one of the main sources of energy production in the near future.

According to IHS Markit, with 11 GW, India is destined to become the second largest solar photovoltaic market in 2018, usurping the United States. The global demand reaches 113 GW this year and according to the same forecast,  the fourth quarter will be the largest in the history for the installations, with 34 GW expected.

2017 was also a fairly important year for the photovoltaic industry with an addition of 5525.98 MW in terms of photovoltaic energy production capacity.

This is a result of the government chaired by Narendra Modi, which shows that not only is there a moral compromise with what was promised at the Paris Climate Change Conference in 2015, but real efforts to ensure a green future to the country.

In fact, the country’s commitments have also been renewed at the first summit of the International Solar Alliance held in New Delhi in March 2018. The event brings together 121 countries engaged in the debate for the promotion and exchange of technologies for solar energy production.

India is accelerating the development of projects in the renewable energy sector, to provide affordable, reliable and clean energy to its 1.3 billion people. The Ministry of New and Renewable Energy (MNRE) stated that the country generated 12,973.6 kWh from solar power, in the financial year 2017-2018.

To achieve this, a series of strategic actions have been lately adopted: incentives based on energy generation, capital and interest subsidies, subsidized loans and tax incentives, regulations regarding the quality of the installations. 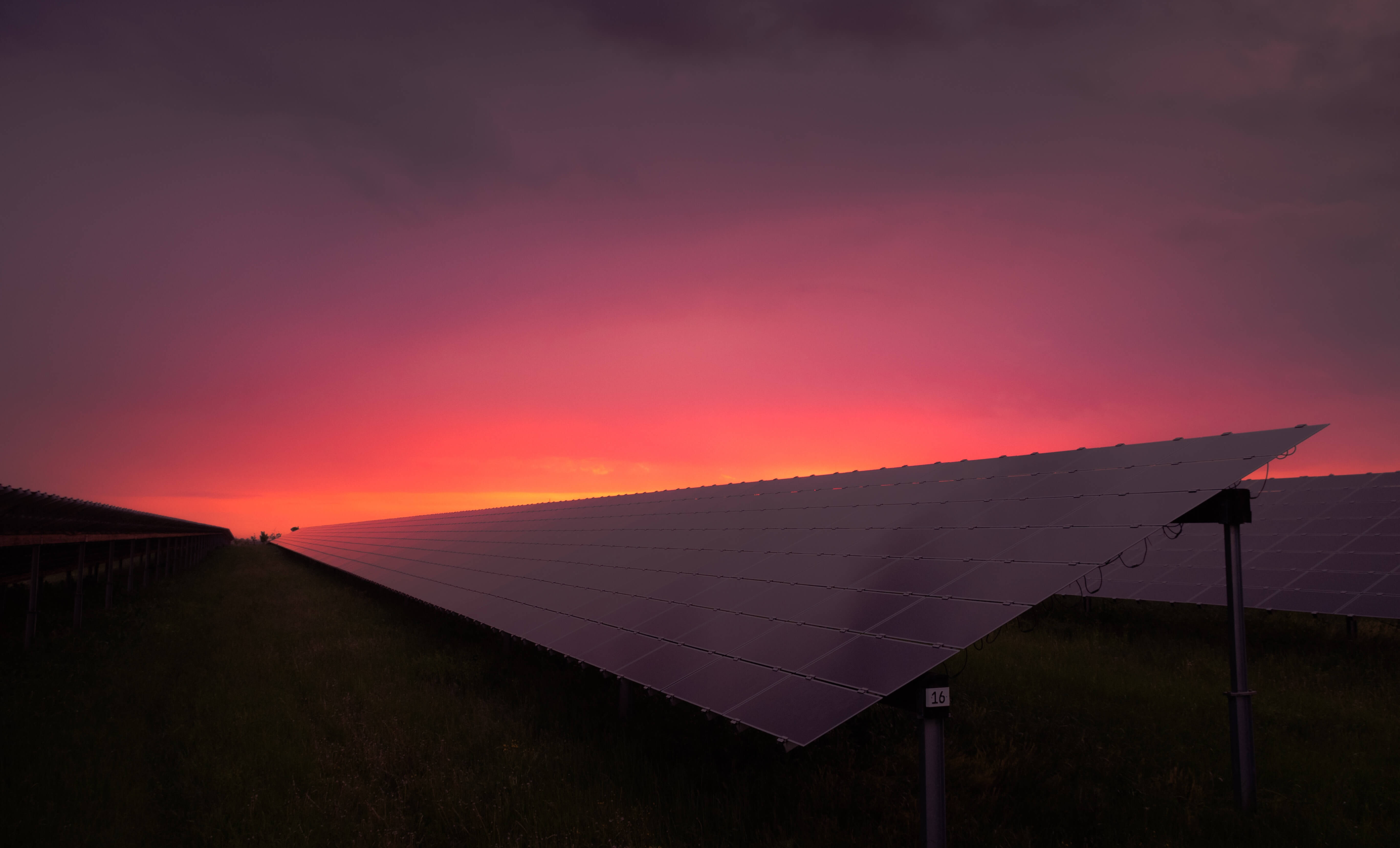 – The government has issued guidelines for the supply of solar and wind energy through competitive auctions and has extended the renewable purchase obligation (RPO) until 2018-19, also notifying the standards for the implementation of the plants PV.
– The Solar Photovoltaics, Systems, Devices and Components Goods (Requirements for Compulsory Registration) Order was issued in September 2017. It is a regulation that sets the minimum standards to guarantee the quality of photovoltaic instruments in the Indian market, including the aspects of manufacturing, storage, sales, distribution.
– To encourage domestic production, the MNRE provides a series of incentives that also include national aid for the production of the solar system.

These are the necessary measures to reach the ambitious goal of 175 GW, set by 2022. Poor quality of installations may pose serious challenges in the future. For example, improperly sized glands can allow water in or a broken cable could melt the roof, not to talk about the system performance degradation issues.

Trace Software International can help with the management of the entire photovoltaic installation thanks to the archelios™ suite. This software solution enables feasibility study, bankability, 3D design, to the compliance and calculation notes, right up to the operation and maintenance management. 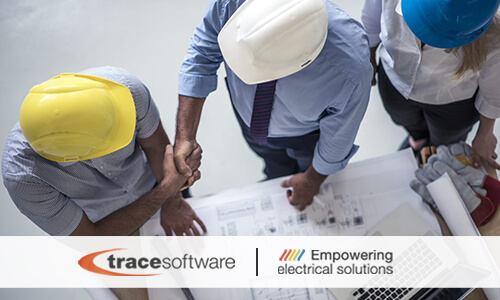 It is easy to get started. You can ask for a trial version HERE.